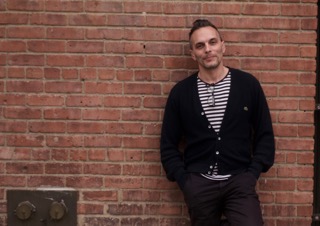 Charlie Sweeney is a writer, musician, and filmmaker born-and-raised in Brooklyn, NY, and transplanted to Albany in the mid 90s. Educated at the New York Film Academy, St.John’s University, St. Francis College, and SUNY Albany, Charlie has studied literature, music, history, and filmmaking.

A multi-disciplinary artist, Charlie’s recent focus has been filmmaking.  His recent effort is the short film “Commitment,” which had a spring 2018 screening at The Linda, WAMC’s premiere performance and exhibition space.  His second short film “Relief,” a look at the power of dreams and memory set in Miami, FL, is currently nearing the end of principle photography.

This summer Charlie has also been at work shooting footage for a documentary that takes a look at the resurgent sport of flat track motorcycle racing. The film is a look at a team of part-time riders based out of a famed motorcycle shop in New York City’s Lower East Side and follows them for a season as they race their way around the flat track circuit.  Charlie is also a member of the Upstate Independent Filmmaker’s Association.

Charlie’s recent musical work includes a two-years-in-the-making album featuring some of the area’s top musicians and producers. Recorded at Overit Studios between spring 2016 and summer 2018,  the album is set for a fall 2018 release under the name The Graves End, and will feature 12 new tracks.
Other musical projects include ‘Blksn,’ a post-rock, instrumental, ambient/soundscape ensemble with rotating players from several genres. ‘Blankwave,’ is Charlie’s solo, experimental project using voice, guitar, found sounds, audio clips from films and field recordings, all fed through a loop station.

In 2002 Charlie recorded and released an album of 18 songs under the name ‘dead starlight,’ a one-man band in which he played and recorded all the instruments, including guitar, drums, piano, bass, organ, and percussion— an 18-song effort called ‘Her Veil’.

As a prose writer, Charlie has published close to a dozen short fiction pieces, including a novel excerpt in a print anthology called ‘A Generation Speaks.’  This spring, his short story “Emily” was published on the site Paradiseburning.com.  Sections of the prose poem “The Garden of Disease” haver appeared on the site ‘The Literary Rogue.’

As a reporter on daily newspapers in his hometown of New York City and the capital region, Charlie has published hundreds of pieces on crime and legal issues.  He has also worked as a television producer and video editor.  Charlie has also consulted and performed research for a 10-hour prime cable series about the intersection of terrorism, organized crime, and the FBI.