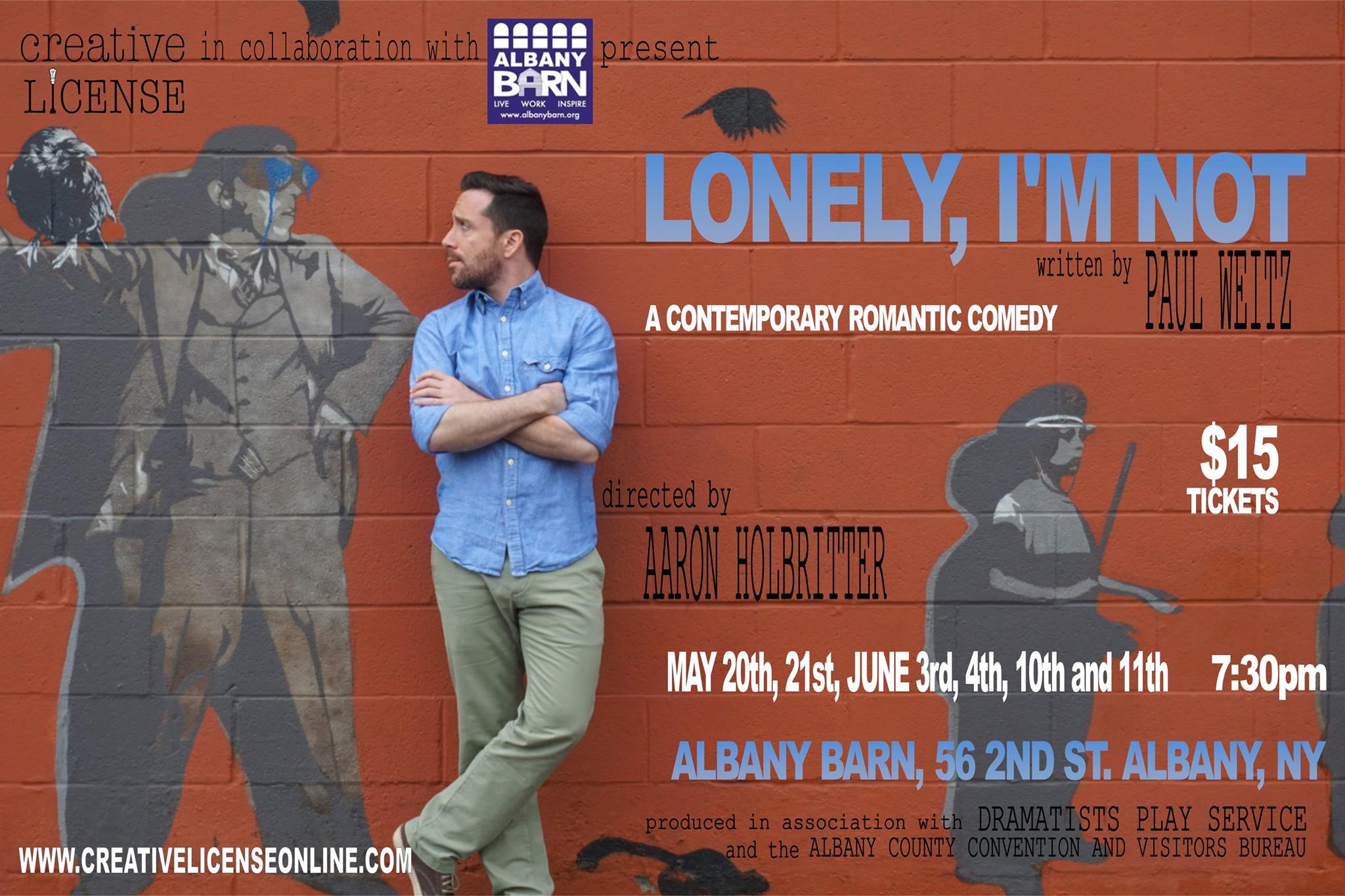 “This damaged-boy-meets-defensive-girl story has the sweet suspense, elliptical construction and off-kilter charm of an ideal Hollywood rom-com” (NY Times).

At an age when most people are discovering what they want to do with their lives, Porter has been married and divorced, earned seven figures as a corporate “ninja,” and had a nervous breakdown. It’s been four years since he’s had a job or a date, and he’s decided to give life another shot. LONELY, I’M NOT is a comic journey that follows Porter as he meets an ambitious, sightless young businesswoman who is overcoming her own obstacles to emotional success.

(note: an audio description for the visually impaired, read by Isaac Newberry, will accompany the June 4th performance)