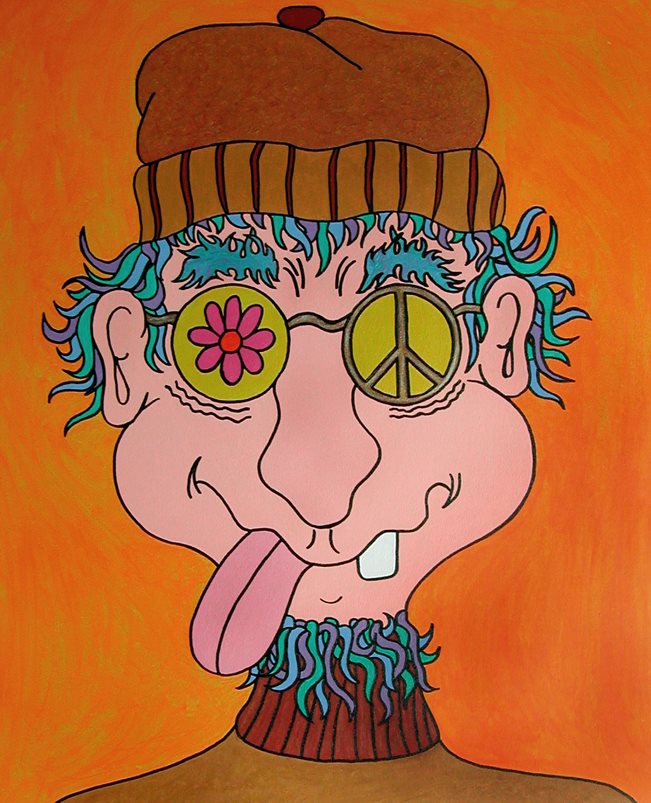 ALBANY, NY – Albany Barn, Inc. will present “The Funnies” on Friday, February 7th, 2014, at Stage 1, Albany Barn’s headquarters and community art space located at 46-48 North Swan Street. “The Funnies” will display an array of different comics, resulting in mixed media, satirical art work. If you like comics, then you’re in for a humorous treat. A reception will be held from 5:00pm – 9:00pm in conjunction with the monthly “1st Friday” arts walk in the City of Albany. There will be live music and refreshments will be served. The artwork will be on display throughout the month of February. Admission is free.

WHAT:  ‘The Funnies’ Opening Reception, in conjunction with “1st Friday” Arts Walk

Christopher Chartrand: Chris Chartrand studied Illustration & Graphic Arts at Sage College of Albany. After graduating in 2008 he has appeared at various shows & festivals round the area. Endeavoring to balance his day job and sanity with his art examples of his work can be seen at chrischartrandillustration.weebly.com

Dan Doyle: The artist, Dan Doyle, started drawing his cartoons on the school desks in middle school.  Daydreams and doodles is where it all began back in the mid 70s.  All through his school years he was always drawing his style of cartoons and became known for it.  Dan was going to go to college for art and illustration, but wanted to be a rock star.  So rather than go to college, he instead played Bass guitar in various rock bands in the 80’s.  He quickly found out rock bands would not pay the bills, so he got into his third interest, photography.  In 1987, Dan went out on his own and opened his first photography studio in upstate, N.Y.  For the past 26 years he has been going strong nationwide working as a professional photographer.  Along the way he decided he missed his cartoons and wanted to try his hand at painting his cartoon characters.  For the first time he tried painting on canvas.  OccuART was born!  Dan sketched out various Cartoon “Headshots” keeping various “Occupation & Lifestyle interests” in mind.  After sketching these into a sketchpad, he would re-draw them to scale onto 20×24 canvas and paint them with acrylics.  After putting approximately 20 hours into one painting, he decided rather than sell a painting why not take a high quality photo of it and have it made into various items that could be sold instead.  He started with oversize 5×8 postcards and added additional items to the line as time went on.  Soon he had interest from people around the globe after doing the International Stationary Show at the Javitz Center in N.Y.C.  His OccuART characters were on various merchandise being sold in gift shops and college bookstores around the country!  Now in 2014?  Dan is still a professional fashion and beauty photographer as his full-time occupation.  He also teaches educational and instructional Photography workshops and seminars around the country!  He is strongly considering adding new characters to his OccuART line and revisiting it.  He has recently tried and fallen for oil painting!  Oil painting has presented a whole new set of challenges and has opened a whole new window of possibilities!  While his OccuART line will remain in acrylic, his oil paintings will be of real people he has photographed.  Stay tuned in 2014 for the next chapter of this multi-dimensional Artist!

Timothy Pitts, Peter Kennedy, Nathan Gier, Debbie Duell: Four of the artists represented in this show- Peter Kennedy, Timothy Pitts, Debbie Duell and Nathan Gier – attend classes through The Carriage House Arts Center (CHAC), one of several arts programs offered by Living Resources, a not-for-profit organization providing services to individuals with intellectual and developmental disabilities throughout the Capital/Saratoga Region. Through the CHAC, students explore a wide variety of topics, techniques and visual styles catering to participants’ interests. We are proud and happy to match the graphic style of these artists with the comic-based theme of this show, and we are thankful for the opportunity to showcase their accomplishments and talents here with Stage 1 Gallery and the Albany Barn.

Other artists include Terence Tolman and our Artists in Residence, Sam Davies, Dana Owens, and JC Woods.

About Albany Barn “The Funnies” is produced by Albany Barn, Inc.  Albany Barn is a local nonprofit 501(c) (3) organization developing a permanent creative arts incubator and community arts center in Albany, NY called The Barn. Albany Barn has partnered with the Albany Housing Authority and the City of Albany to redevelop St. Joseph’s Academy, a long-vacant former school building in the Arbor Hill neighborhood, for that purpose. Stage 1 is located one block from St. Joseph’s Academy. www.albanybarn.org

About 1st Friday Administered by the Upstate Artists Guild, Albany’s 1st Friday arts walks aim to introduce a wider audience to the unique vitality of the artists and venues in the city. 1st Friday promotes interest in the arts by making art accessible and strengthening the community in Albany. The January 1st Friday features numerous gallery openings, one-night shows, local shops, restaurants, and live entertainment. For more info on the free event, go to www.1stfridayalbany.or