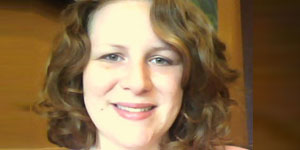 Holler is a founding board member of the Albany Barn and has served in a variety of roles during her tenure as a volunteer.

“This is an important, exciting step forward for Albany Barn,” said Jeffrey Mirel, President of the Albany Barn Board of Directors. “We have had tremendous success through the efforts of our working board and other dedicated volunteers, but with construction on the St. Joseph’s Academy building well underway, we needed a full-time director to, most immediately, manage our ‘Raise The Barn’ campaign, oversee rent up of the 22 live-work artist apartments and incubator space, and transition our creative arts programming.  Kristen has been with the organization since its inception and consistently demonstrated her ability to effectively lead, organize and execute with boundless energy. She has been an invaluable asset to Albany Barn and it was a unanimous decision to select her as our first executive director.”

Over the seven years that Ms. Holler has been involved with Albany Barn as a director, she has led important organization initiatives including fundraising events, community outreach and programming, as well as supervising Albany Barn’s AmeriCorps*VISTA Fellows from the Siena College AmeriCorps*VISTA Fellows Program. Ms. Holler studied Community & Human Services Administration at SUNY Empire State College, and previously held positions with Schenectady County ARC and Bethesda House of Schenectady.

Tickets are now on sale for our 10th Annual FUSION anti-gala!

In honor of Fall, our favorite season, we're launching an exciting new line-up of merch!…

Join us on October 1st to celebrate the opening of IN A BURNING HOUSE, our…