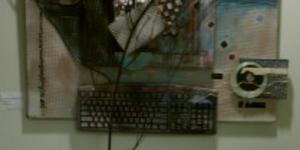 Albany Barn, Inc. will present “Forms and Findings” on Friday, November 4, 2011, at Stage 1, Albany Barn’s headquarters and community art space located at 46-48 North Swan Street. A reception will be held from 5:00pm – 9:00pm in conjunction with the monthly “1st Friday” arts walk in the City of Albany. Refreshments will be served and the 1st Friday Trolley will provide complimentary transportation to and from the venue. The artwork will be on display throughout the month of November. Admission is free.

“Forms and Findings” incorporates work from a diverse group of artists. Experimenting with shape, color, and different media, Janet Tanguay, Jacqueline Watsky, and Anita Wilson reveal the beauty of discarded and nontraditional materials.

Janet Tanguay is a mixed artist who uses musical instrument parts in her work to show how recycling society’s discarded items can transform something broken into something beautiful and inspirational.  Tanguay is also the owner of Art n Soul, Inc. where she represents over 100 artists, coaching them on the business of art and helping them exposure their work to corporate accounts, galleries, media outlets and private collectors.  Tanguay grew up in Vermont and now resides in upstate New York. Her works have been exhibited widely including shows at Adirondack Audio Video, Albany Heritage Area Visitors Center, Art-o-Mat, Capital Repertory Theatre, Harmony House, National Bottle Museum, Romaine Brooks Gallery, Sand Lake Center for the Arts, Saratoga Hospital Library, Spectrum 8 and The Walter Elwood Museum.  Visit her website at www.artnsoulinc.com.

Jacqueline Watsky lives in upstate New York and has been creating visual images since early childhood. She has worked in a variety of media from oils, acrylics, and watercolor to ceramics and print making. At the age of nine, she attended the Brooklyn Museum Art School to study oil painting. While in high school, she attended New York University painting classes and continued a formal art education at Hunter College, BA in Art, and Brooklyn College, MA in Art.

Jacqueline has taught art at the secondary and college levels and has worked as both a graphic and interior designer. Her recent focus is on her RECONSTRUCTIONS which combine many of the materials she loves to work with such as acrylic paint, pencil drawing, collage, and found objects into flights of fantasy. The ordinary becomes the extraordinary and a new reality is reconstructed for mundane objects. Each piece is rich in texture and color and reaches off the canvas into the viewer’s space.

In addition to using unexpected materials, each piece has a story to tell. Sometimes the story is simply the joy imparted by nature, and other times the complexity of the human spirit. Each tale is woven with a vast array of material and creative vocabulary.

Jacqueline is a member of the Colonie Art League and the Upstate Artists Guild, and is co-founder of the Art de Cure Gallery. She had a solo shows at the Sand Lake Center for the Arts in Averill Park, NY and the Schenectady Jewish Community Center, both shows featured RECONSTRUCTIONS. She has shown at the Petit Muse, Broadway Art Center, the Art de Cure Gallery, as well as other local venues. Her work is pictured at the top.

Anita Wilson is a rising artist with a stellar background.  Although she considers herself a daughter of the South, she has lived in Alabama, Ohio, California, and New York.  The influences of each region are clearly reflected in her body of work.  Her career as an artist began in Ohio she studied at the University of Toledo. Initially attracted to the Journalism department, fate steered Anita in the direction of the Fine Arts and Art History department.  Art quickly became her passion.  Anita’s raw talent, commitment, and focus attracted the attention of her professors in Toledo.  One professor strongly encouraged her to pursue an internship with one of the most popular and talented artist of that time. The incomparable Andy Warhol.

At the SUNY campus in Albany NY, Anita studied with an all star roster of artist/professors and her work took a new direction.  She studied printmaking with Robert Cartmell. Maria Valhallia, Jim Buckman and Edward Mayer introduced her to sculpting, which proved to be another defining moments in her career as an artist.  She credits Ed Mayer with teaching her to open her mind, play to her strengths, and search within herself to find inspiration.  A series of sculptures depicting futuristic garments resulted from Mayer’s teaching.  The garment series melted her love of fashion with the freedom of expression that was, without a doubt, passed along by Warhol.

The most recent addition to her collection is a series on Saratoga Thoroughbred winners.  Like her other work, uniquely captures the beauty of the mundane and the extraordinary. 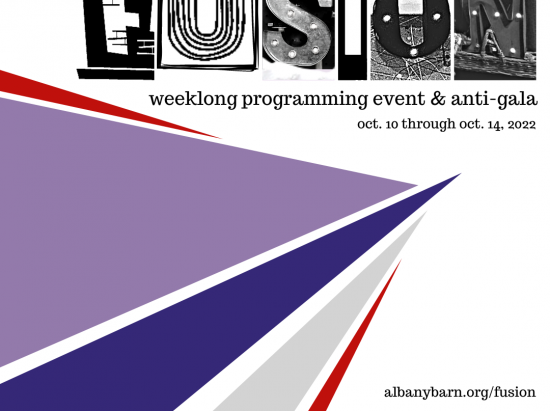